Child molestation is a serious crime in California. Conviction can lead to long prison sentences, as well as lifetime registration as a sex offender. 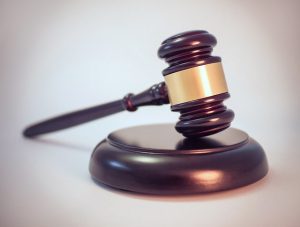 How does the state of California handle child molestation cases?

Prosecutors can choose what charges to bring against the defendant. In cases of multiple illicit encounters between an adult and a child, prosecutors in California have the choice to charge the defendant with a separate count for each contact.

However, sometimes the child doesn’t remember all of the details for every incident. In that case, the prosecutor can charge the defendant with “Continuous sexual abuse of a child,” which is a felony punishable by up to 16 years in California State Prison.

If you or someone you love has been accused of child molestation, it is important to contact a criminal defense attorney immediately. Not only could you spend a substantial portion of your life in prison, but you could experience a lifetime of disruption after release as a registered sex offender.

What is ‘Continuous sexual abuse of a child?’

Penalties for child molestation in California

If you are convicted of ‘Continuous sexual abuse of a child’ in California, you could face sentences of:

Mandatory registration on California’s sex offender registry is often more disruptive than prison time itself. It can lead to job loss and difficulty finding work, loss of licensing if you work in a professional field, difficulty finding housing and personal stigma.

If convicted of child molestation, you will be required to register annually for the rest of your life.

“This man is a very effective criminal defense attorney. I was charged but I never had to go to court because the case was thrown out thanks to his efforts. I was very worried because I didn’t know anyone who could confirm my location, but he was able to prove that I was innocent.”
Jason, CA

If you have been accused of child molestation, this can be a frightening and anxious time.

Working with a criminal defense attorney who specializes in sex crimes cases can help ease that fear. An attorney knows the evidence that the prosecution has to bring against you, and he can carefully dissect the prosecution’s case to see your charges reduced or dropped.

People’s personal recollections are faulty, and false accusations are common in cases of crimes against children.

A skilled criminal defense attorney will be your best advocate and can help you defend your freedom. Attorney Robert M. Helfend has been defending sex crimes cases in the Ventura area since 1984 and is prepared to take your case. Call today for your free case evaluation — 805-273-5611.

We offer a FREE review of your case.
Contact us Today